On the morning of June 9, the closing and awarding ceremony of the 13th "Simple but noble mirrors" (Vietnamese name: Những tấm gương bình dị mà cao quý) writing contest (2021-2022) and launching of the 14th writing contest (2022-2023) took place at the headquarters of the People's Army Newspaper. At the event, Shark Le Hung Anh - Chairman of BIN Corporation Group, was honored to receive the Typical Character Award in the submission “Young Vietnamese people "positioning" globally”. 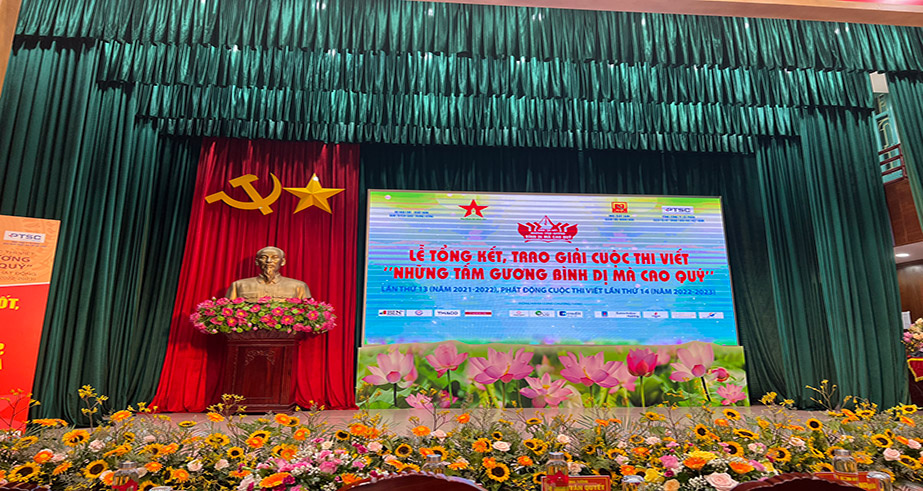 The writing contest "Simple but noble mirrors" co-organized by the People's Army Newspaper, the Press and Publication Department (Central Propaganda Department) and the People's Army Publishing House, is open to all Vietnamese citizens. professional and amateur pens.

The contest aims to discover and honor typical groups and individuals, Vietnamese citizens living, studying, working at home and abroad, of all backgrounds, ages, occupations...

They are examples with many contributions to the cause of national construction and defense; overcoming circumstances and fate, daring to think and do, putting the interests of the country and the community above personal interests; disease prevention, scientific research, volunteering... They always strive to study, clearly showing the spirit of studying and following Ho Chi Minh's thought, morality, and style.

The 13th contest has discovered and honored hundreds of typical collectives and individuals, exemplary people, and good deeds in all areas of social life. Although the contest has lasted for many years, it still retains a strong vitality, and the quality of the participating works is increasingly high, receiving the attention of a large number of people from all walks of life.

Shark Le Hung Anh: A businessman from Quang homeland has “a warm heart” and “great visionary” At the Closing Ceremony of the 13th "Simple but noble mirrors" writing contest, Shark Le Hung Anh was honored to receive the Typical Character award in the article "Young Vietnamese people "locate" globally. It was written by author Dang Trung Kien and won the consolation prize with the story of businessman Le Hung Anh - a son of Quang homeland, depicting the image of a businessman with "a warm heart" and "great visionary".

Whether in real life or in submission, the image of Shark Le Hung Anh has been painted honestly and lively. He is a businessman who dares to think and do, aspires to dedicate his efforts and wisdom for the development of Vietnam.

“I was very impressed when I sat and talked with this young man whose white skin, calm voice, gentle, comes from Quang Nam. Hung Anh looks different from a decisive and powerful general manager in the program "Whose chance?" of Vietnam Television, when offering a series of incentives and "huge" salaries to attract qualified and experienced candidates for their company."

"Not only is one of the young entrepreneurs playing the role of "positioning" Vietnamese brands globally, but Hung Anh is also recognized known for his kindness with a series of charity programs, with a budget of tens of billions of dong: Supporting people in the Central region damaged by storms and floods; rescue agricultural products and food for farmers in the western provinces; scholarships ; Covid-19 pandemic prevention …” 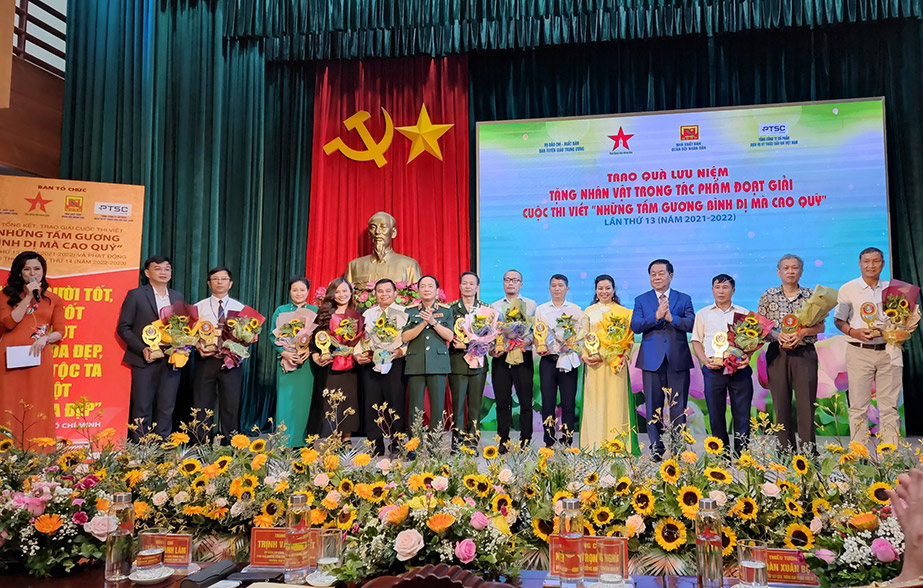 Mr. Nguyen Trong Nghia, Secretary of the Party Central Committee, Head of the Central Propaganda Department; Lieutenant General Trinh Van Quyet, member of the Party Central Committee, member of the Central Military Commission, Deputy Director of the General Department of Politics, Head of the Steering Committee of contest, gave flowers to the characters in the winning submissions.

Shark Le Hung Anh as well as BIN Corporation Group believe that a sustainable business must accompany a healthy community and a good society.

After more than 12 years of operation, the Company has expanded its international operations with offices in Hong Kong, Singapore, Lithuania, Canada, and the United States.

In 2022, businessman Le Hung Anh joined the show Shark Tank Vietnam season 5 on VTV3 as an Investor, with the desire to continue the fire of power for entrepreneurial spirits. Shark Hung Anh is willing to share his startup experiences with startups, help them reduce the failure rate and increase the success rate in the shortest time.

The Meeting Between Bin Corporation Group And University Of Sciences, VNU-HCMC To Discuss Career Orientation For It Students