A warm birthday party was held on Thursday afternoon for those employees born in November. It’s very special as that day was the 8th anniversary of founding BIN Holdings either. 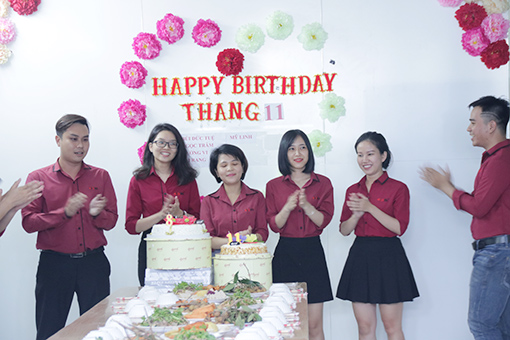 There were 5 very-important-persons came on the stage, firstly. Then the founder of company, Mr. Hung Anh, came and had a short talk about BIN’s history. 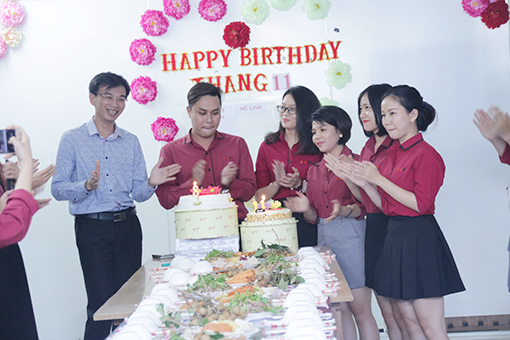 Nearly one decade passed but here they are, those people with strong spirit, great expert and full of enthusiasm make company grow more and more. 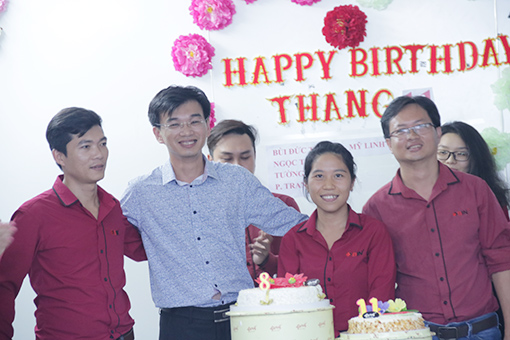 5 employees took part in a game named “Guess what?” and tried their best to win the big reward. 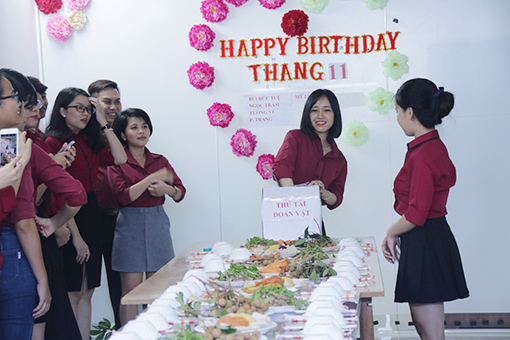 Finally they had to play lucky draw to answer one question and decided who the winner was. 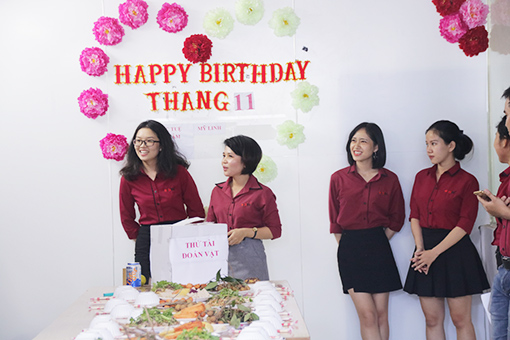 After that, new employees would introduce themselves before all of the people. 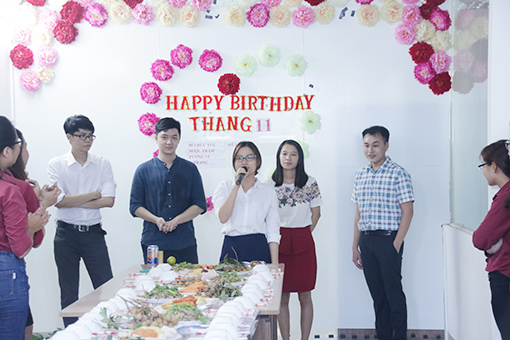 At last, everyone had some snacks and cakes before getting back to work.