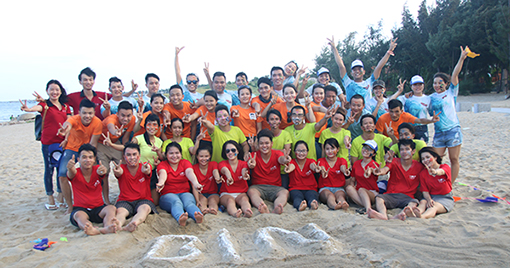 Ninh Chu - Vinh Hy is about 330 km away from Ho Chi Minh City which is one of the incredibly wonderful places in Ninh Thuan province with untouched, idyllic and attractive beauty. This place is considered to be one of the interesting destinations in Vietnam attracting a lot of tourists worldwide. Therefore, on 11 - 13/11/2016, Bin organized a sea tour combined with exciting team building programs for all officers, employees here to bring moments of relaxation, comfort and strengthen the solidarity of all Bin’s staffs. 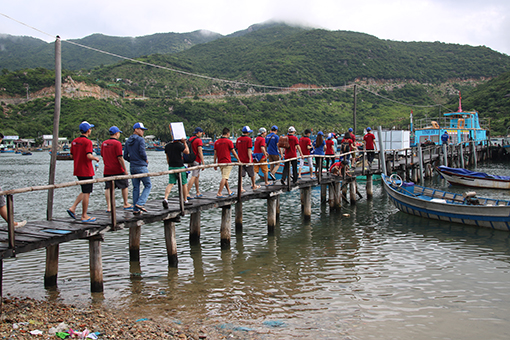 3 days 2 nights tour officially departed from Bin at 13h00 on 11/11/2016 and stopped at Long Thuan resort, 2 km from Phan Rang City - Cham Tower on the same day. Located next to the coast of Ninh Chu beach, one of the most beautiful beaches in Ninh Thuan with clear blue sea and white sand where we held campfire program and team building program following the topic “Conquering the ocean” with lots of compelling games full of creativity, requiring the strength and power of all members of the team. 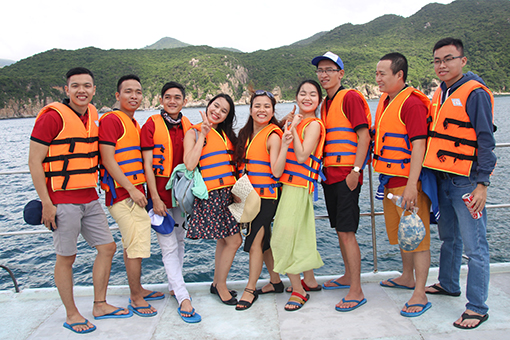 Follow the guide on the morning of 12/11/2016, We are exploring the keen and charming beauty of Vinh Hy Bay, which is dubbed as the forgotten paradise as the dreamy fairy waiting for the lover to wake up. As one of the country’s most beautiful and wildest bays with the surrounding limestone hills, the blue straits along the gentle water has created a very stunning landscape painting. Primarily, we also admired the shimmering & incredible beauty of the beautiful coral reefs beside beach pebbles and enjoyed the unforgettable taste of seafood. Which can not found at any other places at Ba Dien beach before returning to the resort for a team building program in the afternoon. 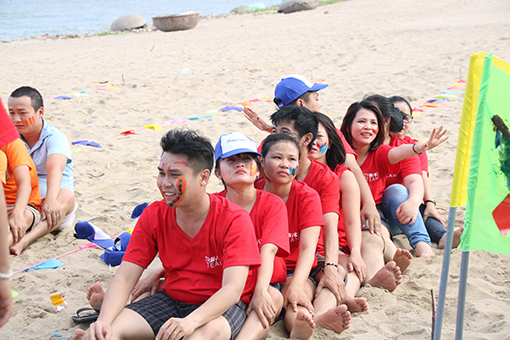 At 15h00, we started the team building program on the beach of Ninh Chu in the presence of four teams from four major departments of the company. The teams are very enthusiastic and excited with slogan “work hard, play harder”, costumes are designed according to each team’s idea makes a showy color range at the beach attracted the attention of tourists there. Starting with the flashmob under the creativity of each team based on the chosen beat, followed by the active group games requiring the coordination from all members of the team: sucking candy game, passing the plate, centipede game, passing the ring, moving body in the air, making up game, mermaid statue game, football,... Through each game, the teams have shown the strength, ingenuity, toughness, durability and strong team spirit. 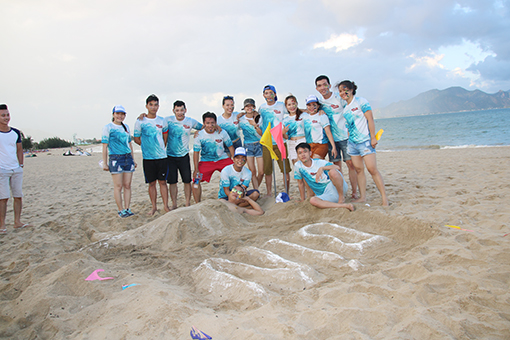 If team building program is the place all teams showing physical health, the evening program “Gala Dinner” was where each team represented excellent musical talent. It was held at the restaurant with the beautiful view overlooking the sea with the presence of talent faces from all teams. This year, all teams prepared carefully in images, costumes and preparation, the performances were all very high quality bringing the incredible aftertaste. Throughout the program are the solo, duet, dance performances and fashion show of each team. Ending the program is to cut the cake implemented by Mr. Le Hung Anh - General Director for Bin’s 7th birthday, congratulations for the success of Bin in the past and welcome for Bin’s new age, new success. 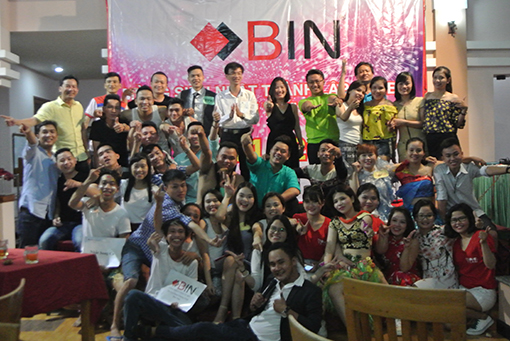 On 13/11/2016, we returned Ho Chi Minh City, on the way back we visited some typical places to enjoy specialties, traditional villages in Ninh Thuan such as Bau Truc pottery village, My Nghe weaving village, and place producing fish sauce in Binh Thuan. 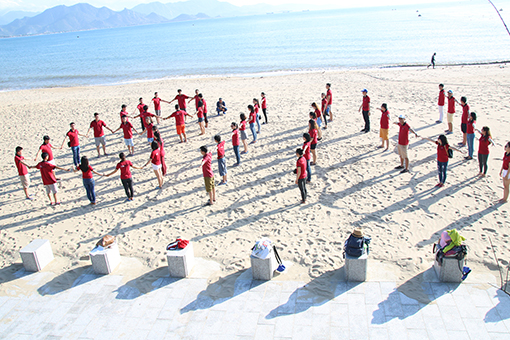 Back to Ho Chi Minh City at 17h00 in the mental and physical satisfaction of all officers, employees, closing useful and interesting Phan Rang - Ninh Thuan 3 days 2 nights trip.