When the Lunar New Year is coming closer and closer, members of BIN Holdings joined in the first birthday party for employees born in January with full of happiness.
This party was held in a decorated room on the fourth floor. When people came, there had been many delicious dishes on long tables, and EDM music was turned on. 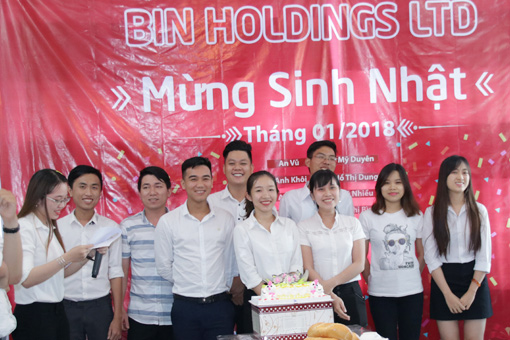 Nine hosts of the party appeared in front of the people, blew the candle on their birthday cake, and received best wishes from attendants. 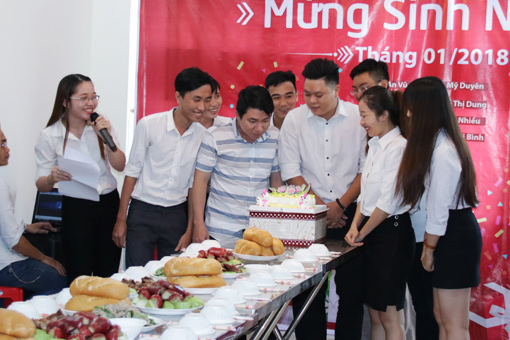 Those hosts divided into two groups and joined in a game called “Hold the book by rulers and answer questions”. The winner would get a big present form HR department. 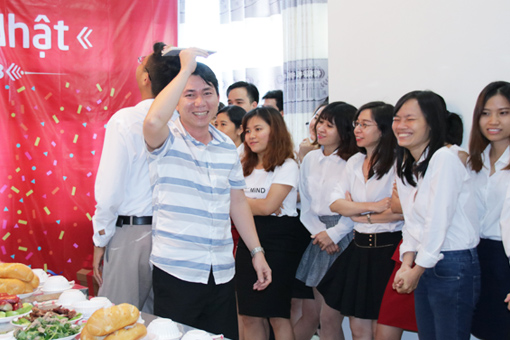 The players need good balance skill to keep the book stand stable on a ruler while moving and answering hard quizzes. The game brought a joyful and relaxing time to everyone. 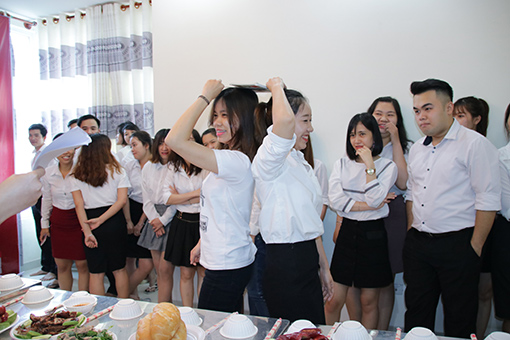 Those girls played so well

At the end of game, the second team won the prize with 5 points in 1 minute and 30 seconds. 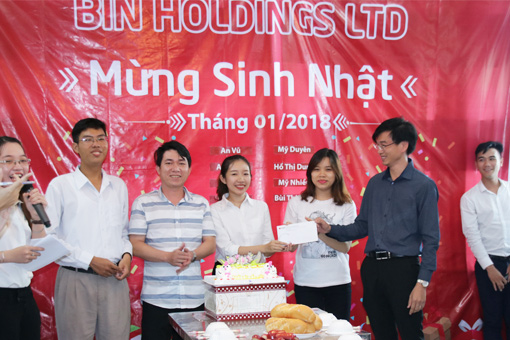 The winner were awared

Last but not least, a new member of NNBER team introduced herself to all of the employees. Hoping she would have a great time in working and gain a lot of successes. 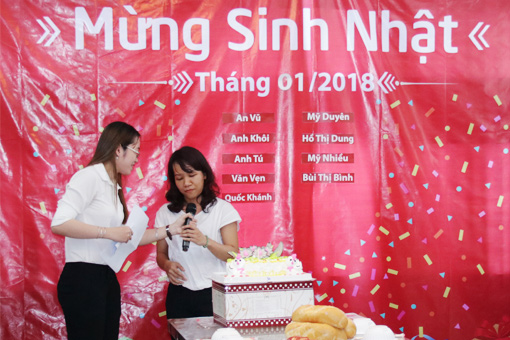 After that, everyone had a snack to charge their energy, readied to continue working with good emotion and health.