In the morning of Thursday, team HR made everyone surprise so much when they visited each department and let all lady take a number that written on paper. “Keep it safe for this afternoon.” - They said.

At the time was the announcement, at 3 pm all members of BIN appeared on the 4th floor and readied for the upcoming party.

In March, there were 6 people would be the hosts for the party. They needed to invite one partner from their department to join in the special game. Man invited woman and vice versa, there were 6 couples in the total. After that, men from this group would draw out paper randomly and read Women’s Day wishes written inside. Female of BIN felt it was fun and happy as hearing those nice words. The lucky draw continued when each couple took a paper with a little game inside. The couple needed to play that game successfully to gain the point for their team. 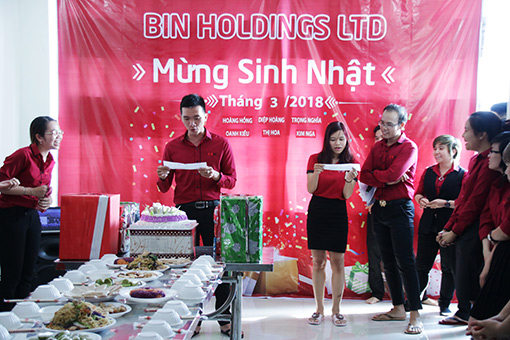 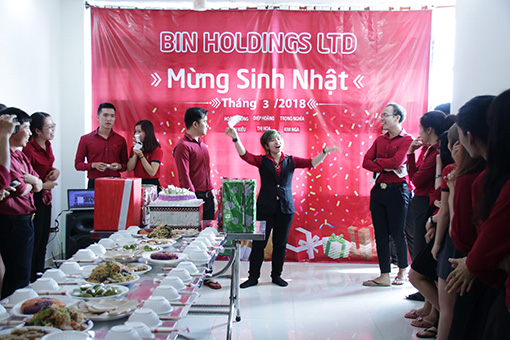 And the team with the higher score had received a big present. 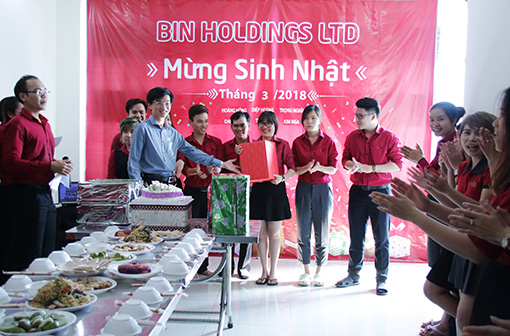 But it was not over!

There were presents specialized for Women’s Day would give lucky ladies in BIN whose number was chosen by Head of departments. It was a big surprise! 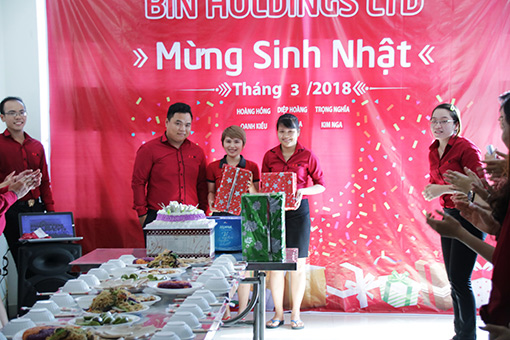 In the end, everyone started having a light snack and spent the time to chat with each other before coming back to works.