At 15:00 on 16th, September 2017, at BIN HOLDINGS, the birthday party for employees who have a birthday in August took place. Everyone gathered, together sang the birthday song, contributed to such a joyful and warming atmosphere. 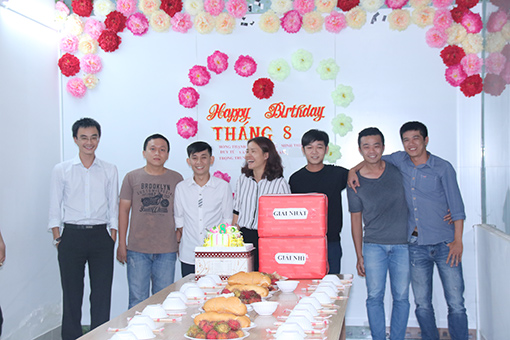 Members who have birthday in August

"Listen to the melody, guess the song" is the game in this party. 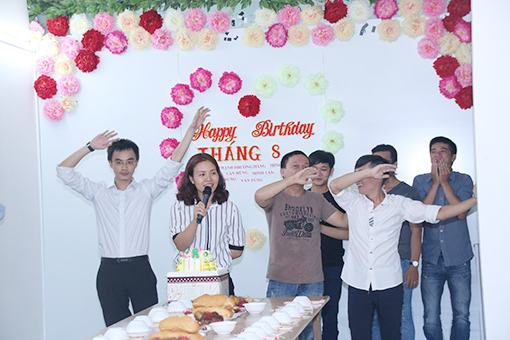 Although being quite familiar, but this game always makes the atmosphere more and more bustling with each song.

Teams, in turn, guess the name of the song, perform then won the game.

Regardless of which position they win, they all are still happy to share their relaxing moments. 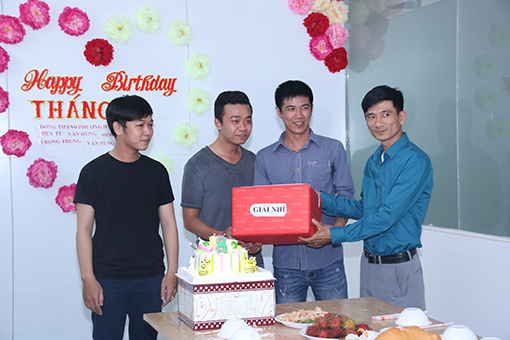 The new members take turns introducing themselves in the next part of the show. Everyone have fun when exchanging, asking questions, creating an intimate and friendly atmosphere. 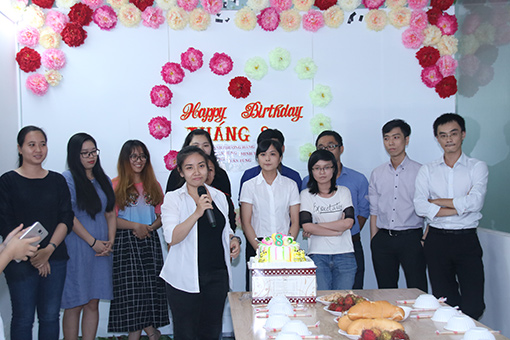 Everyone together chatted and enjoyed the light meal. The birthday party ended, everyone returned to work with a comfortable spirit, their smiles still light up because memories of the exciting game, new members have the opportunity to understand more about the company culture, the collective spirit  really becomes stronger.