After a long time for preparing, Bin’s annual trip was finally come on Friday afternoon, 10 Nov 2017.

At 2 pm, the car departed from the company, and the travel began….

We came to Phan Thiet as the Sun went down. All of the people made a circle round the campfire and started playing games, dancing and singing. 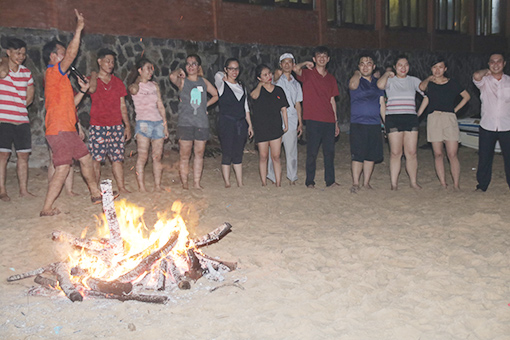 On Saturday morning, we grounded in the sand beach to dance and play lots of movement games like run and break balloon, do push-up and carry people,… . 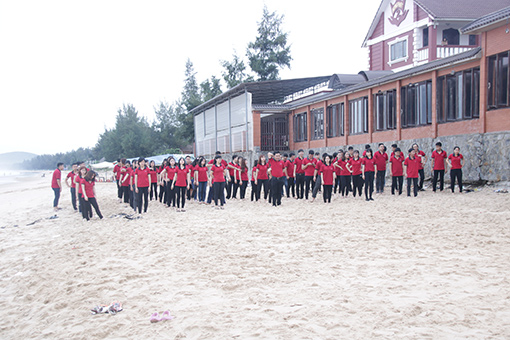 Then we visited Bau Trang sand hill, also called “mini Sahara” of Phan Thiet. Because of that beautiful view, everyone took a lot of pictures and spent the time to walk around. 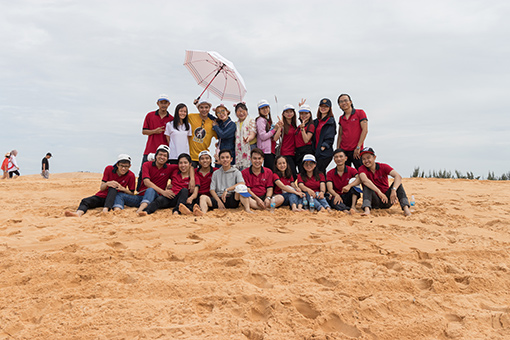 When the dark came, we joined the 8th Bin Holdings Anniversary party.

Each department had special performances on stage. To have those moments, everyone had practiced a lot, and judges would decide who was better to reward. However, it was very hard to choose as there are many great performances. 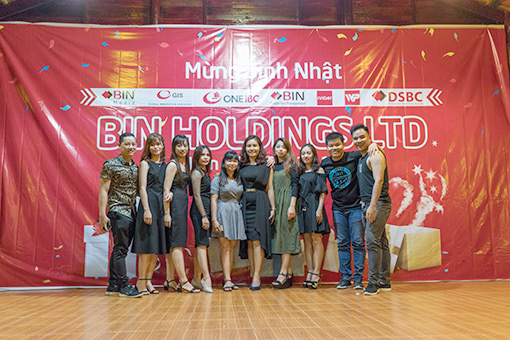 On the last morning of the trip, we visited The Wine Castle, where had old Europe architecture, and tried some glasses of wine as well as heard interesting stories about this castle. 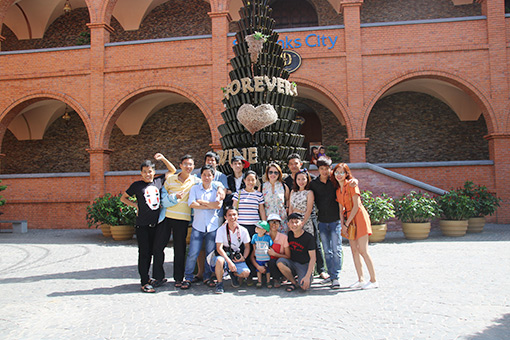 After that, everyone got in the car and came back the company. The annual trip with a lot of memories was over.