April is the month of birth of many members in BIN, so a small party was set up for celebrating. All of the departments trooped in for the party.

12 members came from many teams would be the “vedette” of this show. They stepped on the stage and readied to play interesting games specialized for them. 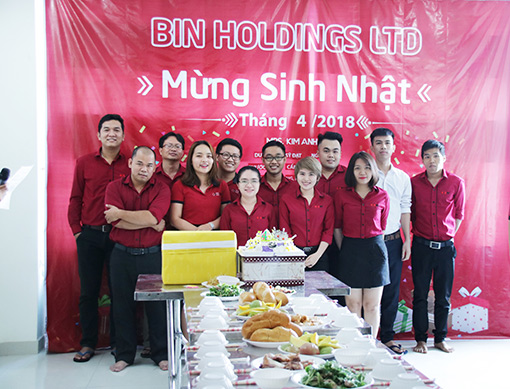 Those players separated into 3 teams and took a piece of paper randomly. It was a keyword inside, and all the members of each team needed to sing a song that had lyric contain this keyword. 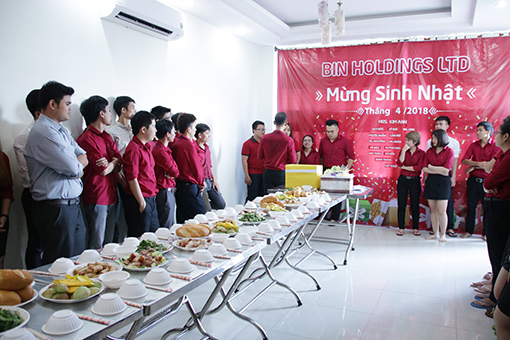 Many songs for children and adult were performed in front of people. The audiences always cheered the players and clapped follow the song.

Because of keyword difficulties, only one team could complete the competition and gain the prize. 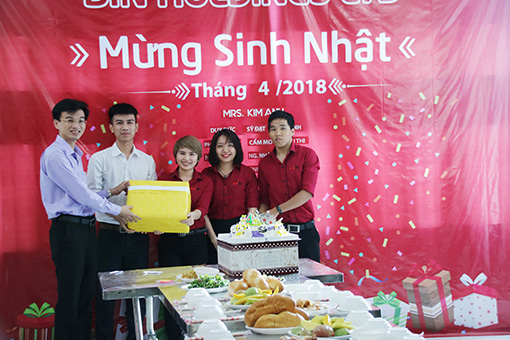 After the game, new members were introduced to the whole company and had 1 minute to talk about themselves. Everyone gave them a welcoming clap and wished them would have a good probation time. 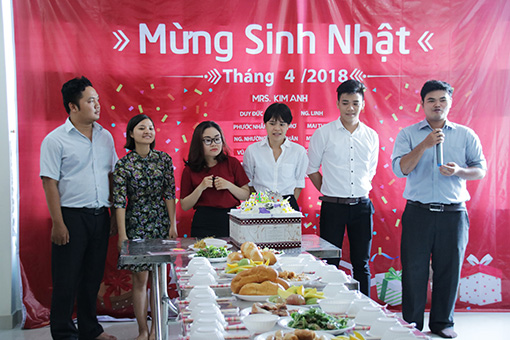 Many delicious foods and drinks were served on the table, all members started having a light snack and chat before coming back to work.