Even though February had been almost over, all members of BIN were very excited to join in the birthday party of this month. A lot of tasty food, interesting games, and dance music made everyone feel so high. 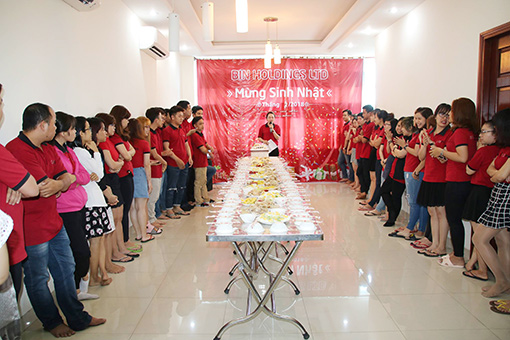 There was 7 birthday person in February. They blew up candles and took pictures together before joining in a fun game to get a big present. 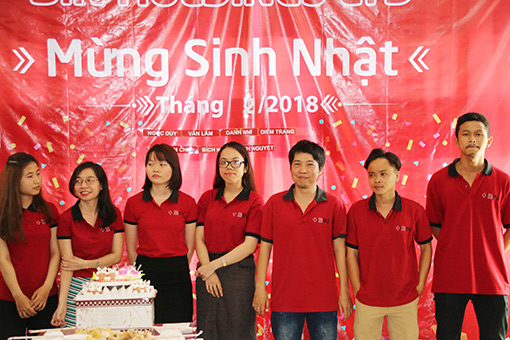 The special game for our party was “Guess while you cannot hear” which means players listen to the loud music in headphone while guessing correct sentences of the MC. 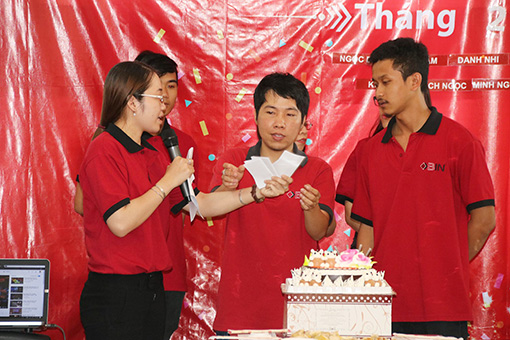 Seven persons divided into two groups to take part in the game, however, none of them got any score to become the winner. Therefore, two captains of teams played “One, two, three” and the lucky one was team Two. 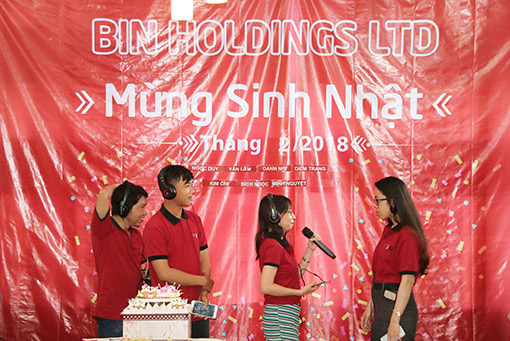 After cheering the game, everyone in BIN Holdings started chatting and having a tasty snack. All of the members had an extremely relaxing time before coming back to work.