As usual, the birthday party on May 19, 2017 at BIN HOLDINGS occurred in a cozy and cheerful atmosphere with the full participation of all employees and the board of management under the humorous leading of The trade union chairman - Ms. Nguyen Thi Linh Vi. 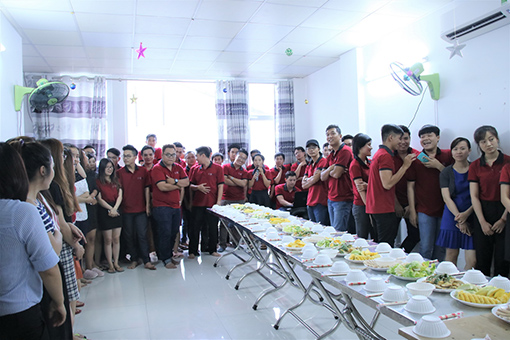 Everyone sang the song together to celebrate the birthday and sent the best wishes to the six members having birthday in May. 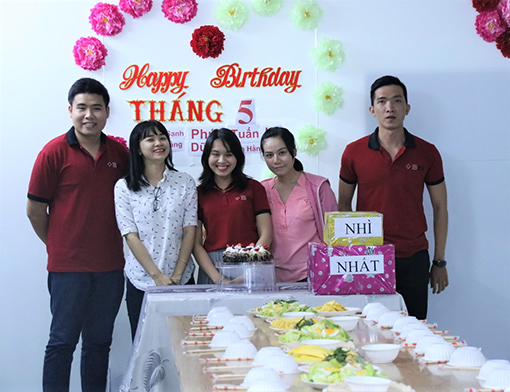 Members who have birthday in May

Everyone experienced joyful moments with the games offered by the Organizers. The most interesting one called "Who's faster?".

Two teams, with three members of each, will take turns to dance along with the cheerful melodies of familiar songs.

When the music suddenly stops, who quickly sit down on the chair that the organizers arranged first will gain points for their team.

At the end of the game, both teams won small gifts and all the members were laughing a lot. 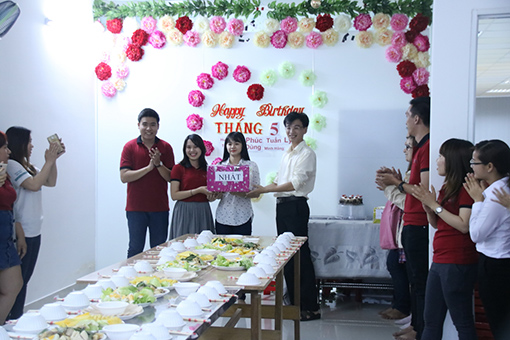 First prize was given to the winner by the company representative 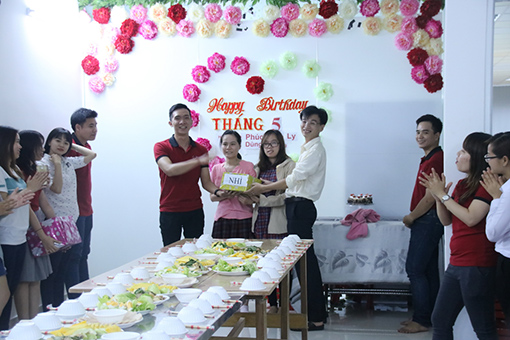 The team who win the second prize was receiving their award

Next, more than 20 new members took turns to introduce themselves and send greetings to the entire company. After that, everyone was chatting and joining the party together. 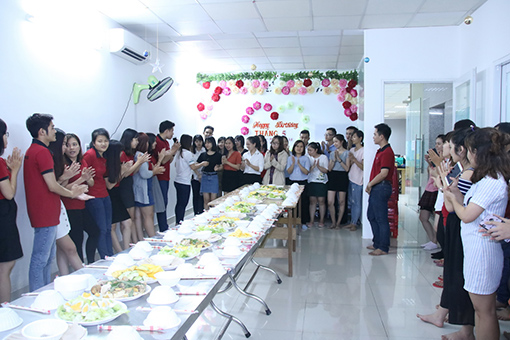 Closing the party, new members had the opportunity to connect and understand more about the company culture. Members who were celebrated birthdays felt warmer as if their second home, the whole employees had excited moments after stressful working hours. The solidarity seemed to become more close-knit after such those intimate parties.